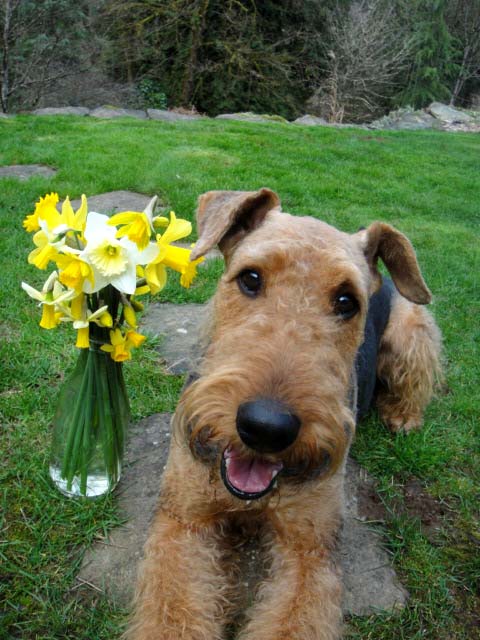 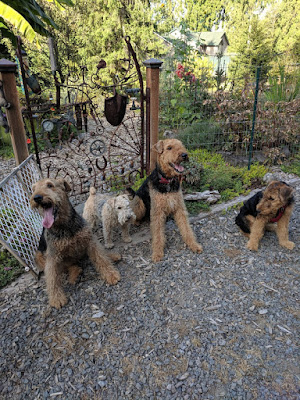 It all started last Thursday night, when 'Indy' and his new baby brother 'Gus' came down from Seattle. 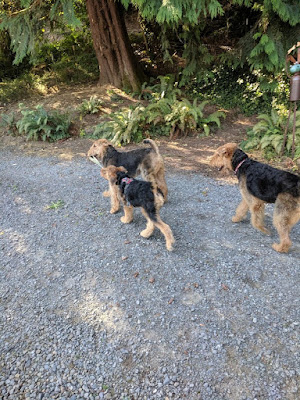 I took Gus for a walk and showed him around. 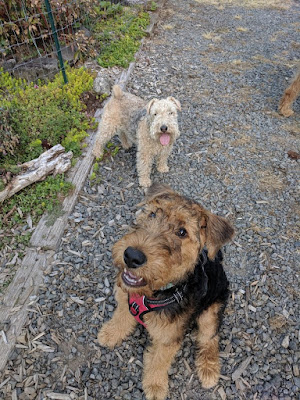 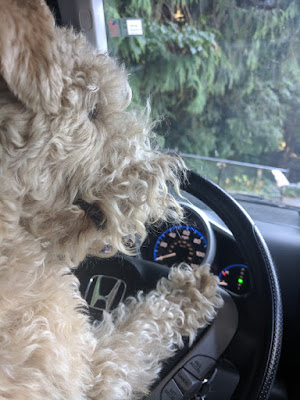 The next day, we loaded up a couple of cars and drove to the beach.
Tegan always wants to drive and she doesn't even have her learner's permit! 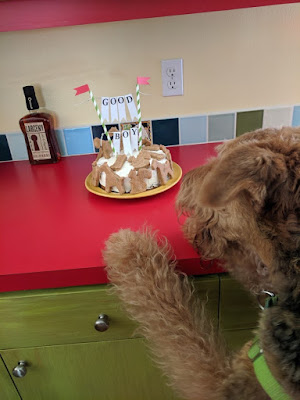 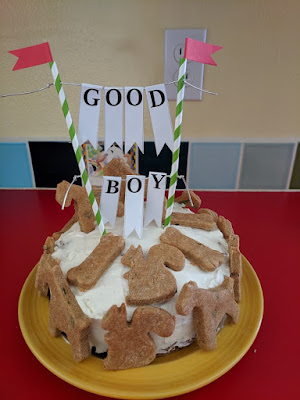 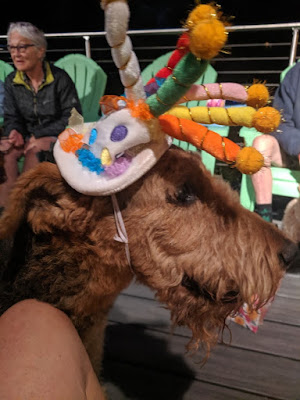 I had to wear this hat for a couple of minutes. 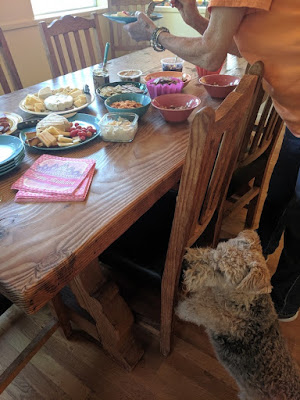 The humans ate snacks.
Four of the humans, including my Mom had birthday's too!
How lucky is that! 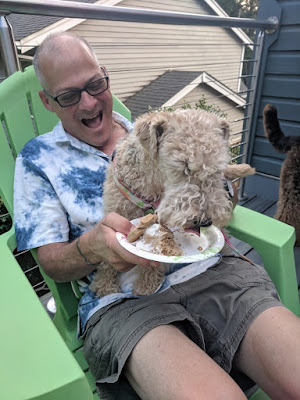 Us dogs, gobbled up the cake! 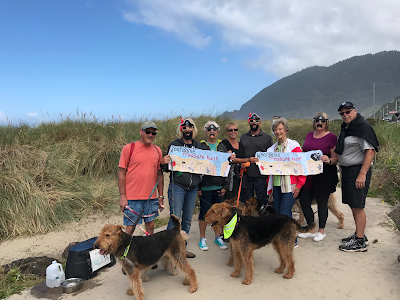 We went on a scavenger hunt down the beach. 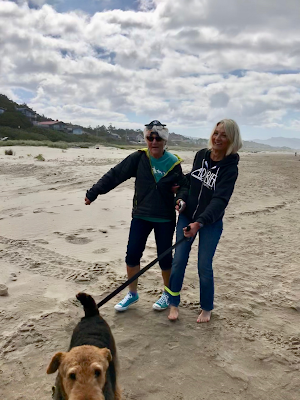 There was peg-legging, plank walking and some "shiver me timbers". 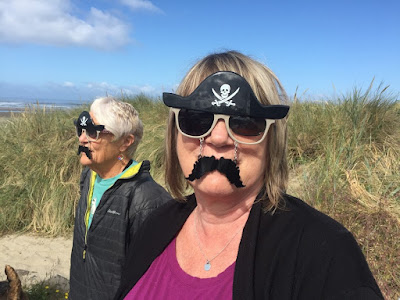 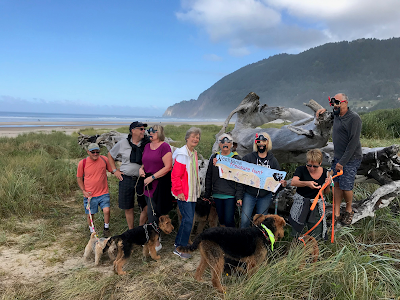 After following all of the clues.... 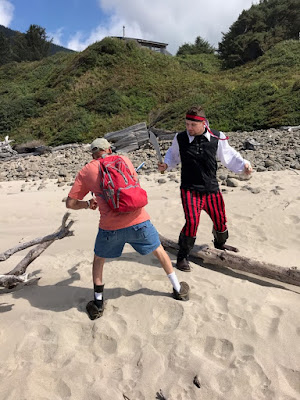 There was a pirate battle. 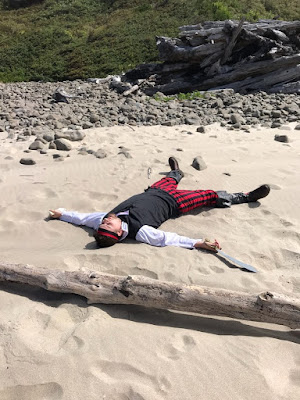 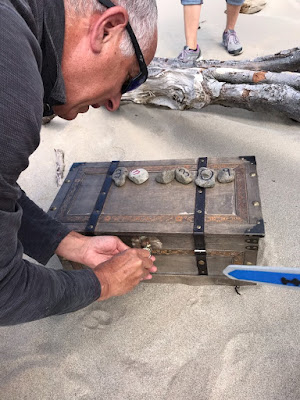 The rocks held the combination to the chest. 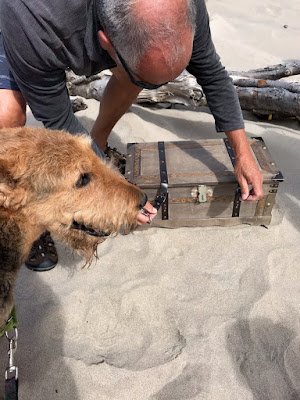 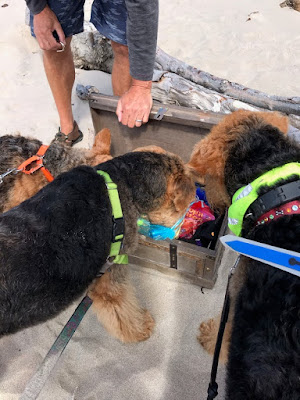 A booty of dog treats, toys and people treats too! 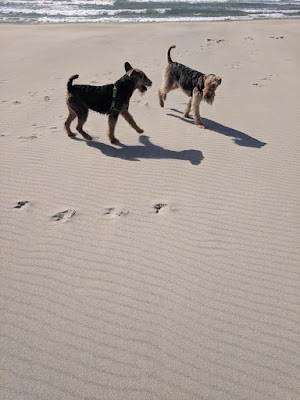 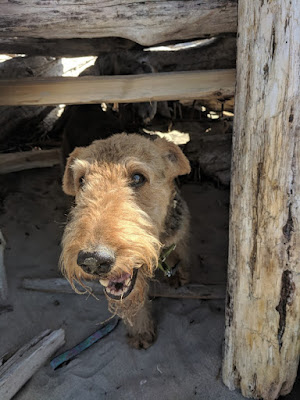 Yeah, that was a doggone GRAND Birthday Party Weekend! 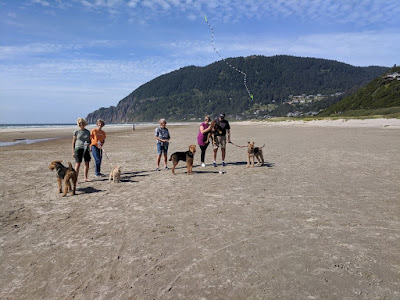 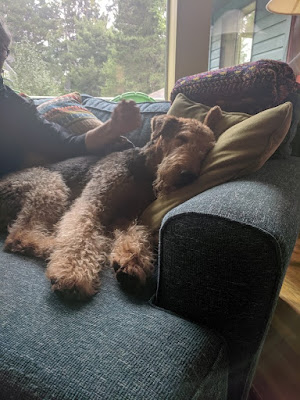 I'm dreaming of my next party...…Zzzzzzzzz