The Tillamook Rock Lighthouse is haunted 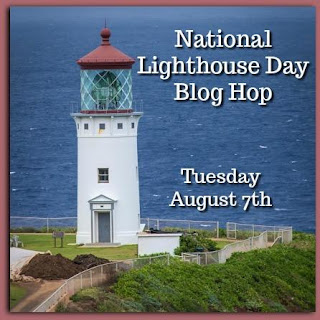 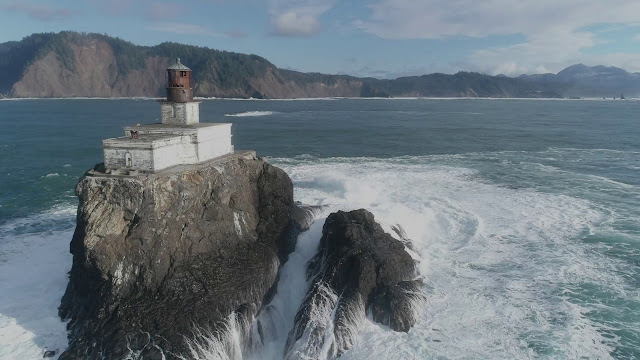 The Tillamook Rock Lighthouse, nicknamed "Terrible Tilly" is on the northern Oregon Coast.
Local Indian Legends tell of ocean tunnels that are inhabited by spirits allowing them to come to the surface of this imposing rock.
Construction of the lighthouse began in 1879 and one of the first surveyors, John R. Trewavas was swept into the churning sea, trying to land his vessel on the rock. The construction crews were attacked by sea lions and nearly froze to death, but the project was completed in 1881.
When the lighthouse was near completion, the barque Lupatia (barque vessel) was wrecked near the rock during inclement weather and sank, killing all 16 crew members, the only survivor was the ship's dog. 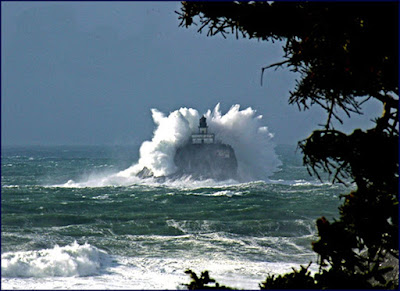 Storms damaged the structure and there were so many ghosts...…
The lighthouse was shut down in 1957.
In 1980, investors converted it to a private columbarium. With access only by helicopter, it housed 30 urns until their license was revoked by the Oregon Mortuary and Cemetery Board in 1999.

To get a TRUE feel of the place, check out his video!!
https://www.youtube.com/watch?v=600npaxOkHs


Happy Lighthouse Day and stop by Madi's place to see more Blogville lighthouses!
🌊🌊🌊
Wyatt and Tegan
Posted by Wyatt Wyatt at 12:24 AM