A little history and a mystery

Wyatt's mom here...
This last weekend there was an antique show at the Expo Center in Portland, Or.
I usually try to stay away, because I just end up buying stuff that I don't really need.
But an old friend was going to be there and so it goes... 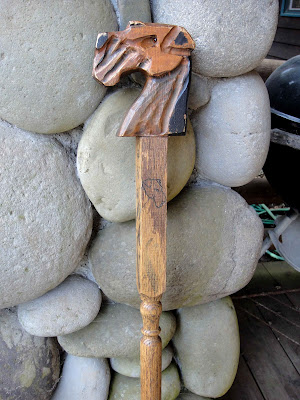 So, I'm wandering the booths and I see this Airedale walking stick.
I pick it up and make a big fuss...stupid move if you want to negotiate the price, I'm a bad haggler.
I tell the dealer that I have Airedales. He smiles and tells me about some estate sale and pulls this old scrapbook out of a box. 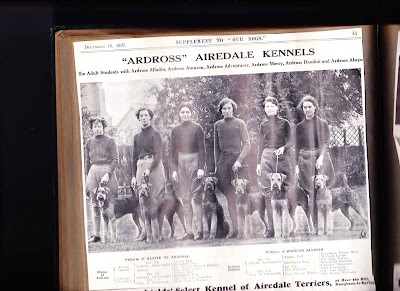 It's full of Airedale pictures, magazine and newspaper clipping and letters. 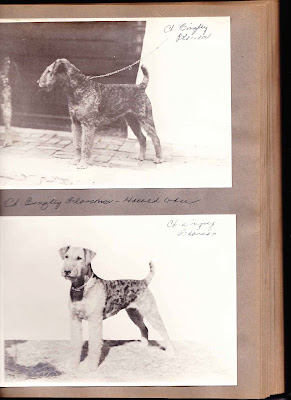 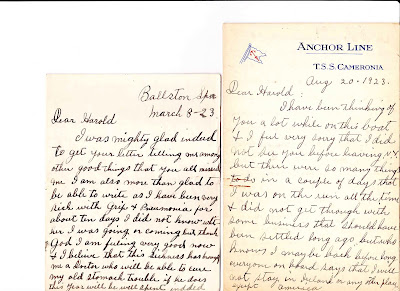 But it is SO cool and SO fascinating! One of the more interesting things are these letters between Harold Ober and John McGough. Harold Ober was a New York literary agent who represented authors Jack London, HG Wells, F. Scott Fitzgerald, Agatha Christie and Dane Coolidge. Harold owned champion Airedale "Bingley Blossom" and the two had a busy winning streak from 1913-1915. John McGough was a respected dog show judge. They critique the various dogs at show and some questionable judging.....
It would appear that politics in dog shows is nothing new! 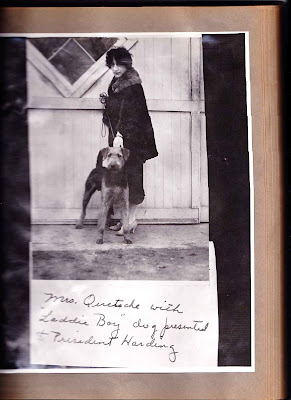 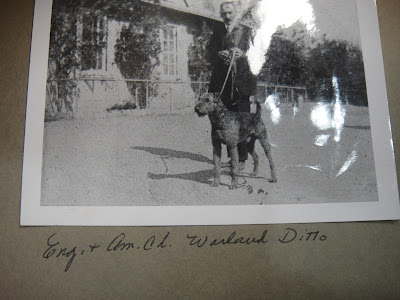 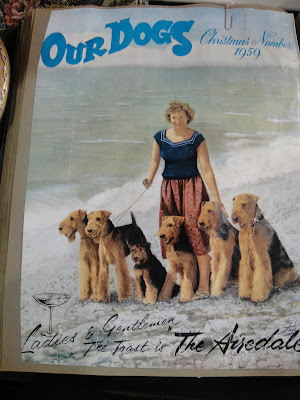 Now, I have to figure out who owned this book. The antique dealer does not know or he's keeping secrets. He did say that it was obtained around Sequim, Wa. in an estate sale.
Off to do some more sleuthing.
I feel like Nancy Drew....this is FUN!
Wyatt's Mom
Posted by Wyatt Wyatt at 6:37 PM