Herb Folklore as told by Stanzie and Wyatt

Herbs have acquired some interesting folklore during their centuries of cultivation by humans.... 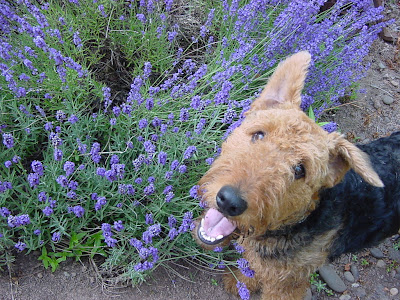 Beloved as a relaxation aid and stress reliever, lavender has also been associated with love and fertility and was often added to wedding cakes for this reason. 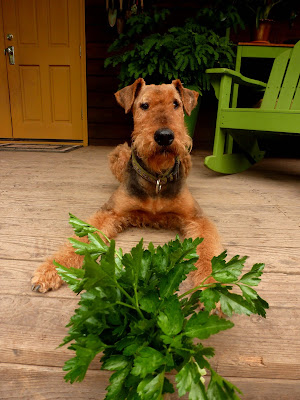 Lore says that where parsley thrives, the woman of the household is in charge.
Constanza says, "Right on Sisters" and chop up a sprig of that flat leaf parsley for MY dinner! 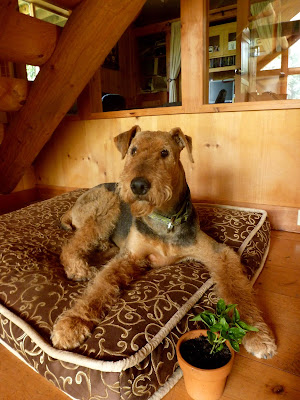 Basil also symbolized love and it is said that a young woman who placed a basil plant on her windowsill, was looking for a suitor. "Hey George the Lad....I have Basil...." 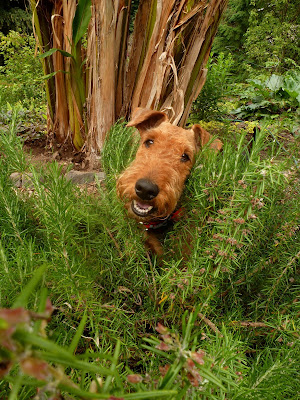 Rosemary is associated with friendship, fidelity and love.
An herb also used in weddings.
Rosemary is also believed to increase concentration and memory when working or studying. 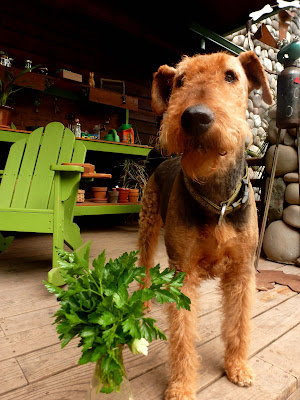 "Hey George! I have out my parsley and basil....Just Sayin'"