We have always called Stanzie, the "Wild Child" and "Coyote Girl".
She has always known her way around native edible plants. 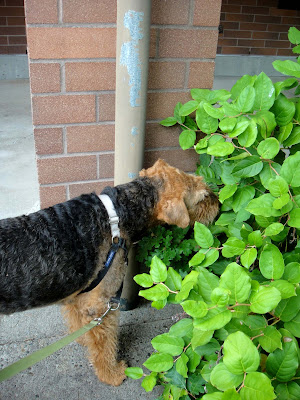 This is what she discovered on our campus walk today.
Gaultheria shallon 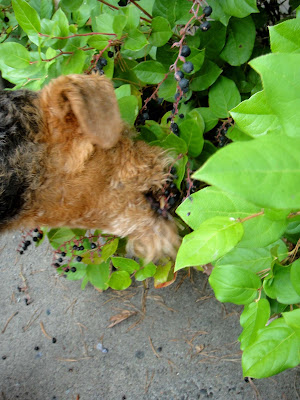 Stanzie would like to host her own reality TV show, featuring survival skills in the wilderness. 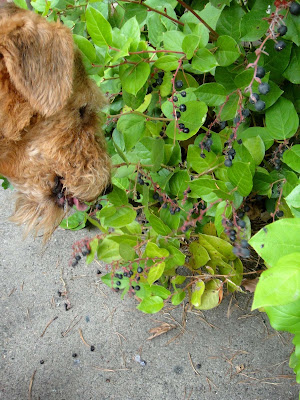 Gaultheria shallon is a leathery-leaved shrub in the heather family, native to western North America. It is known locally as Salal or Gaultheria in Britain.
Its dark blue berries and young leaves are both edible and are efficient appetite suppressants, both with a unique flavor. Gaultheria shallon berries were a significant food resource for native people, who both ate them fresh and dried them into cakes. They were also used as a sweetener, and the Haida used them to thicken salmon eggs. The leaves of the plant were also sometimes used to flavor fish soup.
More recently, Gaultheria shallon berries are used locally in jams, preserves and pies. They are often combined with Oregon-grape because the tartness of the latter is partially masked by the mild sweetness of Gaultheria shallon.
Posted by Wyatt Wyatt at 8:38 AM