Did you know that the first 'Twilight' movie was filmed around where I live?
I never thought about it much.
But, I guess this is as good a place for a vampire to live as anywhere. 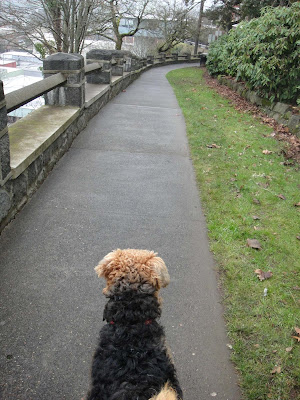 'Twihards' (serious fans) of the Twilight films, come from all over to visit where Bella and Edward have roamed. 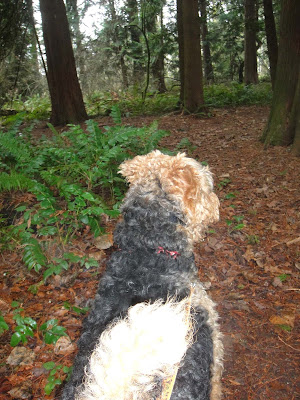 I think Vampires ran around in this forest. 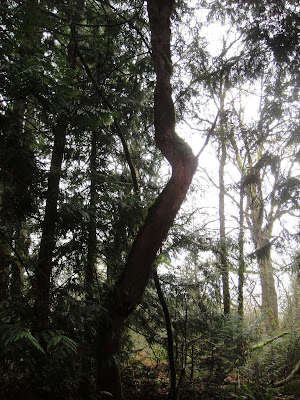 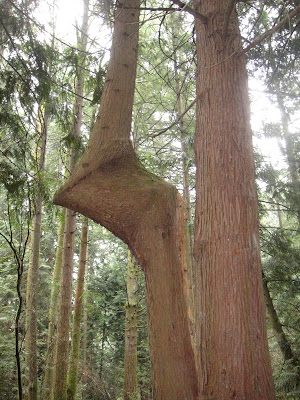 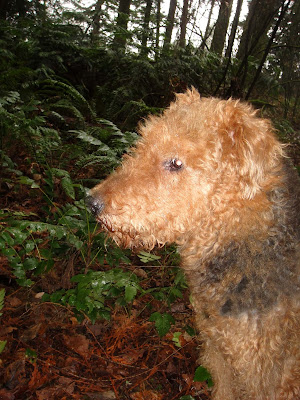 I'm bringing my BIG Sister, Stanzie for backup. She is my lookout.
If she can take on a skunk, she could probably take on a Vampire. 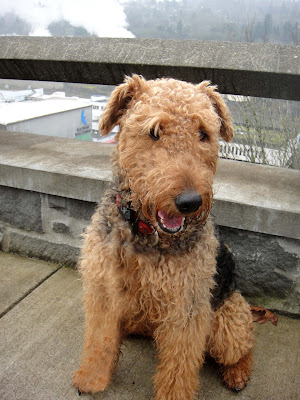 Behind me here, is the abandon paper mill, where some rogue vampires killed a security guard. 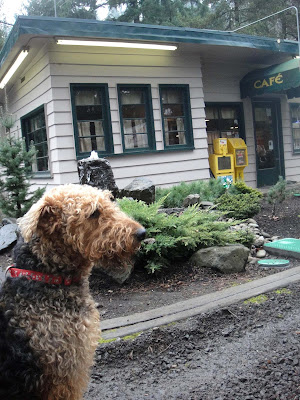 Here is the cafe, where girlfriends of vampires like to eat.
I heard they have good french toast, too bad dogs are not allowed :( 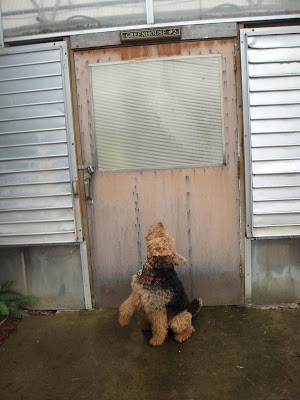 This is the greenhouse, where the vampire and his girlfriend went on a school field trip. 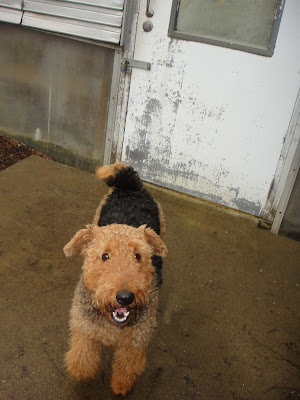 Thank you for coming with me on my first movie tour.